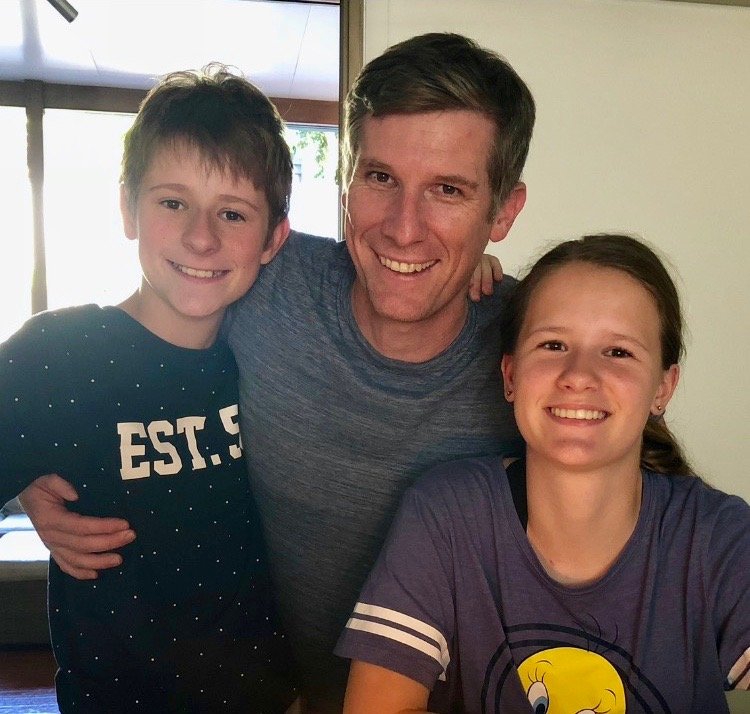 Interview with Dr. Jeremy Brownlie on Balancing a Career and Being a Dad

Dr Jeremy Brownlie is a member of the aKIDemic Life Advisory Board. His research focuses on insects and their symbionts. He is President-elect for Science and Technology Australia.

Q1. Tell us a bit about your career and family

I am an academic at Griffith University in Brisbane where I conduct research into Wolbachia a very common symbiont of insects that not only manipulates how insects reproduce, behave (such as sleeping or fight with one another) but also can be used to limit the spread of insect transmitted diseases. Recently I have also started working with other researchers here and in industry to develop new technology to limit the spread of fruit-flies in commercial crops. I am also the Deputy Head for the School of Environment and Science, the largest school in the University. I am responsible for all learning and teaching activities as well as the Schools engagement internationally. This requires me to attend a lot of meetings, as well as travel overseas. I am the President-elect for Science and Technology Australia, the peak body that represents and advocates on behalf of more than 70,000 researchers and 75 different organisations and professional societies to the highest levels of Government. 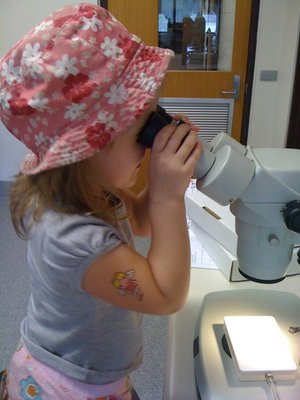 An early interest in science 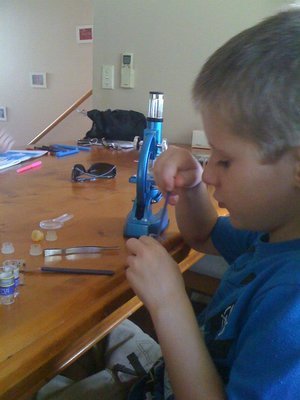 Helping in the fly lab

Outside of work I am the father of 12-year-old twins, and until very recently I have been a single father since 2009. As neither myself or my ex-wife have any family in Brisbane we are still quite reliant upon each other to co-parent and often juggle timing of the children because of work commitments. We have joint custody, which means every Sunday our children travel between the two homes. With the children being so young at the time of separation it was a little tricky to extend the time away from either parent up to a week, but over the years we have all settled into the general routine.

Q2. What do you believe are the major challenges faced by fathers working in academia wishing to be the primary or shared carers of their children, and do you think these differ to the challenges mothers face?

All academics face the challenge of balancing time at work, time with their family and not feeling guilty or panicked by not spending enough time with either. I have noticed over time a shift in attitudes towards families and parents, and in particular fathers who are seeking to spend time at home. When my children were born prematurely I took both parental and annual leave consecutively to help at home and the hospital; and while it was signed off there were a number of faculty members who were either surprised, concerned or outright objected to me taking that amount of time away from my research. Three years later during my separation, which was at the end of my first year as a new academic, I received a lot of support from my Head of School and colleagues, though even then there were some who thought it unusual that I would have equal custody of my children as they felt it best if children were to spend more time with their mothers. Today it is a much better situation, with a number of parents leaving work at reasonable times to collect children or be at home, however I still find that there is an expectation that fathers are more likely to be able to travel for work, to attend meetings early or late in the day, and that they won’t be at home as much.

Q3. What are the major challenges faced by fathers wishing to take parental leave, and do you think these differ to the challenges mothers face?

As noted previously there are some biases held by colleagues who may be surprised at father’s taking parental leave, especially if that extends to more than a week’s absence from work. I think there is a general feeling that mothers will be the primary care givers and fathers will be at work for long hours.

Q4. Do you have any tips or guidance for dads wishing to play a central role in the caring of their children as far as career planning, balancing work and life, and staying competitive?

This is a tricky question as it depends on your career stage. As a postdoc researcher on fixed term contracts and with a young family I have to admit the balance was in favour of work. While I did cut back on the number of late nights spent in the lab so that I could help at home with the kids, I also cut back on some of the social part of work (tea-break or longer lunch breaks) to fit my work in.

I also made a point of being present when I am with my kids which means no checking of emails at parks, not working on manuscripts or grants when I am waiting for my kids to finish swimming lessons. But I am happy to work at home when the kids are around, especially true when the kids get older and can play by themselves – but I don’t work all day, and when they were really small would usually work at night when they were asleep. I also make my health a priority, so finding the time to eat properly, time to cook, time to take a walk, ride my bike, or go to the gym is essential for me to manage stress and ensure I get quality sleep.

Q5. Are these tips or guidance different to those that you would give to mothers in academia? If so, why?

Ask for help, especially from your supervisor and/or head of School / element as well as your colleagues when things get tough, or if you need set times because of home life. I’ve noticed that there are broader informal communities for mothers than there are for fathers. These communities aren’t exclusive, but I think a lot of fathers don’t know they’re there or that they can access them.

Q6. What are the organisational structures or policies that help male academics take a greater share of caring responsibilities at home?

Helping set up for a weekend exam

Academics and professional staff are able to access parental, maternal and career’s leave as well as request flexible working conditions to meet carer’s responsibilities. A number of single parents access this at Griffith University. There is also a broad support within my own School to arrange teaching times that make it easier for staff with younger families, however this can’t always be managed. Recently Griffith Sciences organised a single-parents group to allow staff to meet collectively and raise issues with the Dean (Academic) for the Sciences group that relate to their careers. As this is supported at the Group level there is strong and open support from senior management within the University.

Q7. What are the organisational structures or policies that hinder male academics taking a greater share of caring responsibilities at home, and how could they be addressed or changed?

Currently there are no provisions in place for graduate students to take parental leave, and very limited maternal leave for new mothers. This is also true for casual staff. There are simple things that organisations, managers and colleagues can do to support parents. Organising the majority of meetings between 10 and 3 helps a lot when you have small children to drop off or pick up from school – it also means that single parents can consider taking on managerial positions if that is of interest to them. Organising work social functions around lunch time means that most people can join in.